A 17-Year-Old Turned Down $8 Million For His Coronavirus Tracking Site! - themoneytime 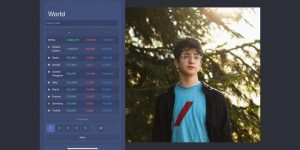 A 17-Year-Old Turned Down $8 Million For His Coronavirus Tracking Site! 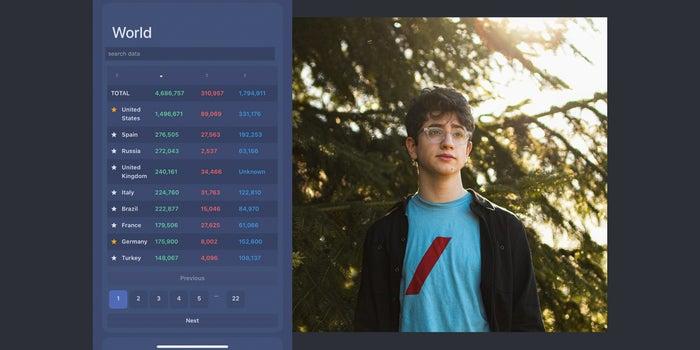 This 17-year-old is an entrepreneur in all sense of the word. An entrepreneur is someone who creates a new business taking on all the risks while enjoying all the rewards. They are rewarded with fame, profits, and excellent growth opportunities.

Avi Schiffmann is a 17-year-old entrepreneur who is in high school and living in Washington state. Unlike most entrepreneurs, he is not in it for fame, profits, or enormous growth opportunities.

His incredible Survival Rate Calculator site has drawn world attention which tracks critical information regarding the coronavirus outbreak. He launched his site during the early stages of the pandemic and web crawlers have been configured to pull in, parse, and process real-time data from the World Health Organization, Center for Disease Control, and other governmental sites then converting the data to reveal infections, deaths, recoveries, and rates in changes in all countries around the world. The site breaks down infections onto maps that are very user-friendly, offers health information, and will attempt to calculate the survival rate of someone who has contracted COVID-19. This information is based on submitted health data using age, gender, and other health factors.

This site is growing in leaps and bounds according to a profile of Schiffmann and is attracting approximately 30 million visitors daily with a recorded 700 million to date. I’m sure most entrepreneurs wonder why he is not monetizing these visitors in order to make millions. As a matter of fact, Schiffmann has been offered $8 million from a company to take over his site and believes they could generate up to $30 million by selling ads. Many believe he should take the money and run!

All said and done, Schiffmann is not interested in cashing in on his site He does not want to ruin visitors’ experiences with an onslaught of pop-up ads, trackers, and other features that will harm performance particularly people trying to access the data from other areas where the internet speed will become slower. According to Schiffmann, he does accept donations but not for the money. He told Business Insider, he is only 17 and does need $8 million dollars or become a profiteer. To most entrepreneurs, they think he’s crazy which is far from the truth.

Schiffmann loves what he is doing. He loves spending hours maintaining the site or even skipping school to get it done. Above and beyond that, he’s created something that is providing a lot of help to millions of people. This information can help governments and health officials make policies that will potentially save lives. To him, that’s payment unto itself.

Schiffmann knows the most important thing about entrepreneurship, that only other entrepreneurs understand, it’s not just about money but knowledge, skills, reputation, and accomplishments. At 17, Schiffmann already has attributes that others would die for! A high level of intelligence, dedication, a commitment for hard work with a vision for doing something that changes the world!

None of us will ever understand where such a gift comes from but we are thrilled that this young man has not set his values aside. He is not spending his time tearing down monuments, burning down buildings, or other negative actions. He wants a positive outcome for the future.